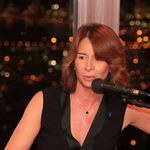 Immune system getting old? Process may be reversible

Immune system getting old? Process may be reversible

By JUDY SIEGEL-ITZKOVICH
04/10/2011 03:20
Health Scan: A boost to women in the periphery; How long should an overweight woman wait to have a baby after bariatric surgery?
Researchers at the Technion-Israel Institute of Technology in Haifa have discovered a way to reverse the aging process by removing old B lymphocytes – a kind of white blood cell in vertebrate immune systems – from old mice and forcing the production of young, potent cells to replace them. The findings were reported in the January 2011 issue of the scientific journal Blood.
“As with every aging process in the body, it is generally thought that immune system aging, including that of the B cell population, is a progressive process that cannot be stopped or reversed,” says lead researcher Prof. Doron Melamed of the Technion’s Rappaport Faculty of Medicine.
“But we have succeeded in showing that it is possible to turn back the aging process.”
The immune system gets weaker with age – a fact reflected by a significant increase in illness among the elderly, and a dramatic decrease in their ability to respond to vaccination. The B lymphocytes are major cellular components in the function of the immune system, and responsible for antibody production.
According to Melamed, many studies have shown the B cell population undergoes dramatic reductions with age as a result of a decline in the body’s ability to produce new B cells, and a selection process that leads to an accumulation of old B cells with a limited response capability.
Using old mice, the Technion researchers showed that active removal of the B cells changes the body’s cellular homeostasis and generates conditions of chronic deficiency in these cells. To overcome this, the body reactivates the bone marrow, forcing it to produce B cells again at a rate not different than that which exists in young mice. The researchers found that the newly generated B cells replaced the old cells that were removed and led to up to 400% improvement in the ability of the treated mice to respond to vaccinations.
“This paper shows – for the first time – that physiological aging is a regulated process that can be reversed,” Melamed concludes. “It also presents a novel approach for rejuvenating the immune system and for enhancing the efficacy of vaccination among the elderly population.”
BOOST TO WOMEN IN PERIPHERY
The Western Galilee Government Hospital in Nahariya rarely makes news, largely because it is smaller than major medical centers and located in the periphery. But its development is important news for the half-million people living in its catchment area in the Western Galilee. Headed by Dr. Masad Barhoum, the first Arab Israeli to direct a government general hospital, the facility has laid the cornerstone for a new women’s health division, and will set up an in-vitro fertilization unit – the last general hospital to get one.
The future women’s health division will reduce healthcare gaps among women, said Barhoum, who attended the cornerstone-laying ceremony along with Social Affairs and Communications Minister Moshe Kahlon, Deputy Health Minister MK Ya’acov Litzman, and Raya Strauss – the philanthropist who is honorary president of the hospital’s friends’ organization.
“We are racing forward for half a million residents to provide the most advanced medical care,” said the hospital directorgeneral.
The new women’s health division will be established on 14,000 square meters including a sheltered underground facility and four floors above ground,” Barhoum said at the ceremony, allowing for widespread advancement in the medical staff's ability to coordinate all medical services for women in a single facility. The projected cost of the new structure stands at NIS 160 million, which is being funded through various channels, including Jewish and Christian organizations worldwide.
The hospital houses the busiest delivery rooms north of Tel Aviv, with over 6,000 births yearly. “The new division will provide a level of service and care that were once only available to women of the center... We will be providing the most advanced care required by women today in a professional and modern setting,” said Prof. Jacob Bornstein, director of women’s health.
Current facilities are outdated, since their construction was in the 1960s and they no longer meet the needs of modern medicine. As a result, women’s health care services are scattered throughout the hospital and create the need to transfer patients during treatment from one building to another. It is uncomfortable for patients and very difficult for the medical staff, he said.
HOW LONG TO WAIT?
Should an overweight woman due to have bariatric surgery to lose kilos wait to get pregnant for a year or more? This question was looked into by Prof. Eyal Scheiner, a senior obstetrician at Soroka University Medical Center in Beersheba who recently published his study in the American Journal of Obstetrics and Gynecology. Scheiner, who conducted the research with Dr. Amos Edri at Ben-Gurion University of the Negev, examined over 100 women who got pregnant less than a year after bariometric surgery. Their conditions were compared with 385 women who became pregnant more than a year afterwards.
They found that the results were similar in both groups, with no more complications resulting either from the stomach-shortening surgery or the delivery. Scheiner noted that bariatric surgery has become more and more popular. The American Obstetrics and Gynecology Society advise postponing pregnancy for 12 to 18 months after bariatric surgery. But in fact, he said, the recommendation has never been studied.

Scheiner said the guidelines on postponing pregnancy for at least a year are “problematic,” as many obese women wanted to get pregnant but did not succeed because of their weight. Thus intentionally waiting is difficult. Edri and Scheiner concluded that there was no reason to wait a long period after bariatric surgery, but rather to suit each woman’s individual condition and needs.